For the past two years I’ve seen a lovely child in our neighborhood, and each time I’ve seen her I’ve thought that she would make a stunning character for a book with her striking cobalt blue eyes framed by a sleek curtain of dark smoke-brown hair. Except…her eyes are not blue.

I was shocked recently when I met her and realized that her eyes are an astonishingly deep, dark brown that I’ve never seen in eye color before—almost like dark chocolate, except deep and shining. I actually asked her mother if her eyes had changed color. They hadn’t. It was me. I had been mistaken.

At one time, I did not believe in God. I was every bit as certain that God did not exist as I was that the little girl in our neighborhood had blue eyes. I was mistaken.

God’s name is shouted throughout creation from the seed that grows into a vibrant flower to the stars in the universe. We can plant flowers. We can study flowers. We can engineer new colors and graft fruit trees—but only God can make a seed.

We can build telescopes. We can study stars and planets and name them. But only God can create them.

We can train doctors, and nurses, and scientists, and treat patients for disease or injuries—but only God walking on earth ever defeated death by rising from the dead.

I used to not believe in God. I was mistaken. 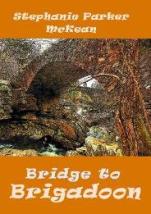