More than 2,000 years ago, King Solomon wrote in the book of Ecclesiastes, “To everything there is a season, a time for every purpose under heaven.” He added, “God has made everything beautiful in its time.”

Fall foliage reminds me these Bible verses. Trees take turns dressing in their fall flowering of red, gold, streaked and spotted colors. It is, as some have said, as if God individually paints each leaf and takes turns striking each tree with a swath of His glory. The result is bright cheering beauty to break a drab and dull world preparing itself for sleep.

Sometimes we want to rush our goals and dreams in life, and who could blame us? Life on this earth is short. The Bible equates it with a grass blade that soon withers; a vapor; a flower bloom that fades. Not happy thoughts – if we believe this life is it. But the same Bible that describes the brevity of life also promises that faith in the Lord Jesus Christ gains entrance into eternal life with Jesus in Heaven.

As much as we want to press ahead with our plans, we need to remember that God is in control. He holds our lives in His hands. He knows the number of our days. Sometimes he withholds the answer to a prayer; a promotion in our career; recognition that we’ve earned because He is too wise to make mistakes and too good to be cruel. God knows that waiting will either bring us something better than we could ever ask or think, or will build us into the kind of person that He wants us to be. So if the wait seems long, remember that God is painting the leaves one-by-one.

I don’t understand why as a writer it’s taken me forty years to build a successful life as an author when some people as young as 14-years-old break into the publishing industry. I don’t need to understand. That’s God’s look out. What God requires of me is faith and gratitude. It’s been a long wait, but I think the five Christian mystery-romance-suspense books and the one pro-life adventure-romance have benefited by the wait. (The newest, “Fear of Shadows,” will be out this week!)

Like fall leaves, God has painted my books one-by-one using the colors mixed by a waiting heart.

Dreaming and following your dreams is awesome, but success demands work, effort – and even a measure of true Texas grit.

For weeks now, I’ve wanted to get a picture of a house along the beach with the sun setting behind it, but it’s always been too clear, too cloudy, the wrong time of day, or I’ve been too far away. I wanted to capture the image for my sixth Miz Mike Bridge to Nowhere series. Sunpenny Publishing has yet to release the second one, but I’m working ahead to number six.

When Miz Mike leaves Texas to live in Scotland, she gets stuck in an isolated, lonely beach house. Even there – somehow – trouble finds her and she stirs up enough mystery, romance and suspense to entertain any reader – with a big dose of humor added.

When I went running today, I stuck the camera in my pocket. Since I’m running on a stress fracture, I stuck to the sandy beach. I turned around sooner than I usually do and headed home. I was too tired to run more. My foot was complaining. I hadn’t felt like running in the first place. Then I saw the sky. It was perfect for the picture I wanted…except.

Now to serve up the Texas grits – grit. To get to the cabin would mean turning around again and heading back down the beach, then cutting across a hard-packed path to the main road. Not only would it add about half-a-mile to the run I didn’t want to make in the first place, it would result in running on pavement – stress fracture and all.

I turned and went for it. Yes, my foot throbbed by the time I got home – but I had the picture. My entire writing career has been painful. Dream the dream, yes! Never give up on the dream. I didn’t, even after receiving 150 rejection slips (along with some checks!) over the span of forty-five years. Becoming known as “Author” Stephanie Parker McKean has taken work, effort – and even true Texas grit at times. Everyone brave enough to dream a dream must also be brave enough to make the journey to reach it.

Wise King Solomon got it right in Ecclesiastes 9:10, “Whatever your hand finds to do, do with all your might.” 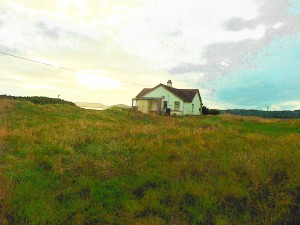 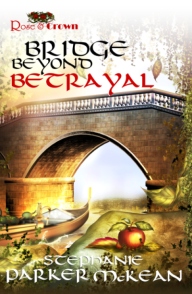